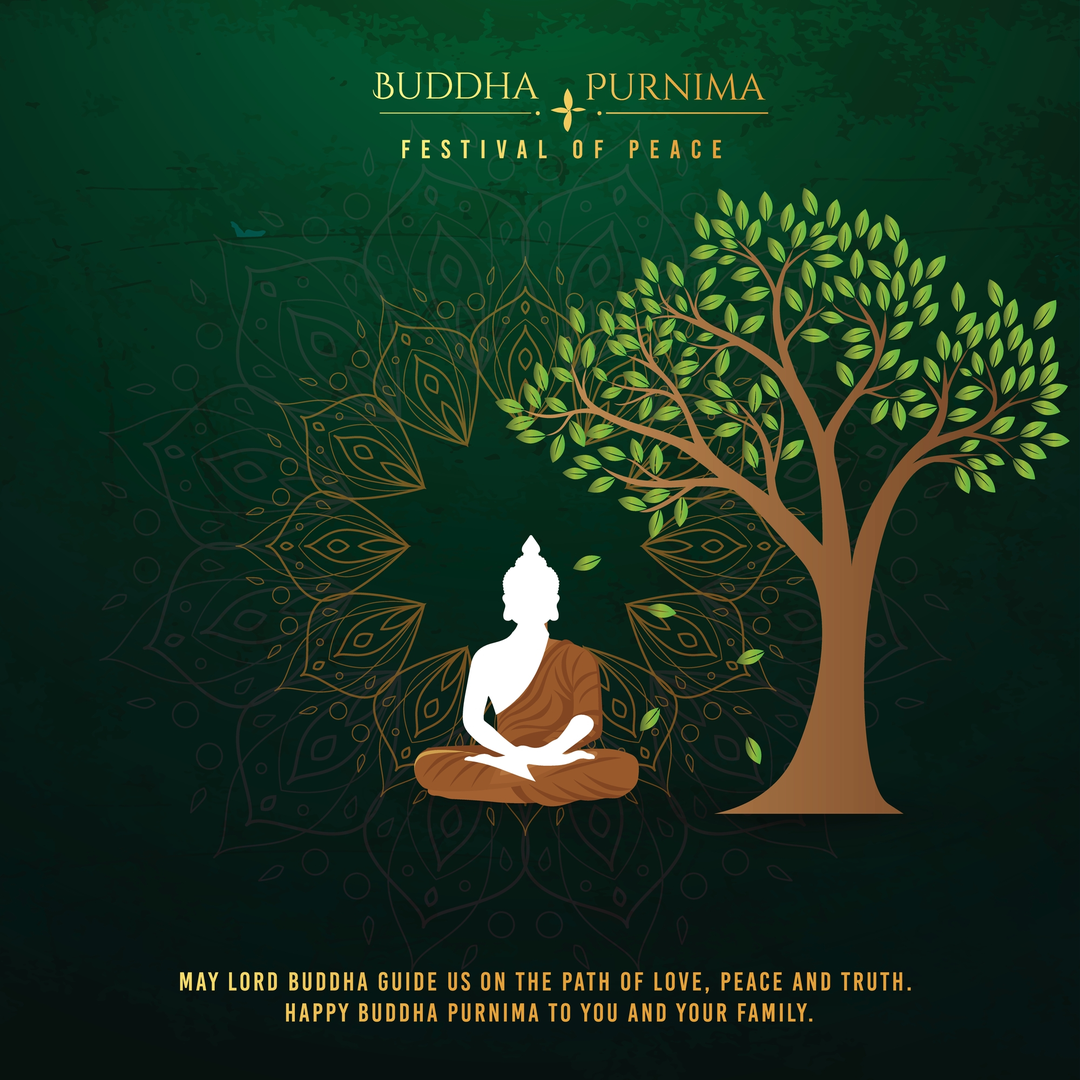 An Insight into the Life of Buddha

Buddha Purnima marks the day when Gautama Buddha, founder of Buddhism, attained his enlightenment under the Mahabodhi Tree in Bodh Gaya. This auspicious day, also known as Buddha Jayanti, falls on a full moon night and signifies the importance of liberation, peace, and enlightenment in our lives. Gautama Buddha, according to the scriptures, is the ninth incarnation of lord Vishnu, who appeared on earth with the purpose of spreading fraternity, knowledge, establishing the religion, and restoring the value of harmony and peace in our lives. He stated “Your purpose in life is to find your purpose and give your whole heart and soul to it.”

Where Ayurveda concerns the well-being of the body, Buddhism on the other hand deals with the well-being of mind. And with meditation, we can seek the perfect balance between our mind and body. As Buddha said “be your own guiding light,” we can meditate and guide ourselves on the path of enlightenment. All we need to do is, to find some time for meditation from our busy lives, as Buddha said “Rule your mind or it will rule you.”

Shreevarma has been acting as a medium for years, helping individuals connect with their inner-self and guiding them on the path of self-realization.

Such was the fate of Siddhartha, a prince born in a warrior caste in ancient India, that 12 years before his birth, the astrologers had predicted his future. “One day he will become either a great sage or a universal monarch.” The young prince spent his childhood with all the materialistic pleasures, while mastering swordsmanship, archery, swimming, and wrestling.

When he turned 29, during a rare outing on his chariot, the prince was confronted with suffering and impermanence. Three encounters, one with a sick person, one with an old man, and finally with a dead corpse being taken to the burning grounds, changed his life forever. The materialistic world that he had been living in for 3 decades started making no sense as soon as he witnessed the eternal truth of life, that one cannot escape the suffering, old age and death. Siddhartha finally decided to renounce his family & wealth in the search of the meaning of life.

Over the next 6 years, Siddhartha wandered in jungles, in the search of the eternal truth. He practiced meditation with several gurus, learnt sacred texts and then decided to practice extreme mortification. Mortification brought him so close to death that once he could not even stand the force of water while crossing a river and ultimately fainted. He decided to not live the life of an ascetic anymore and sat under a tree in Bodhgaya to seek his answers. After meditating for 6 days, he finally opened his eyes to the rising morning star and received enlightenment. And that was when the prince Siddhartha ultimately became the Buddha, which refers to ‘the awakened one.’

The next six days after receiving the enlightenment, Buddha spoke no word and stayed in the tranquillity of liberation. Worried angels and gods approached him and asked what he was silent for. “The people who know, they know, and those who do not know, even by my speaking, will not understand” explained the great philosopher. But all requested him to reach out to those who are willing to change, and those who really want to understand, but need right guidance to be on the path of spirituality, “for them you must speak.”

The seventh day, the first words that came out from his mouth were “Everything is nothing.” All existence and life is characterized by pain, suffering, and un-satisfactoriness. Even the happy moments may turn into pain as soon as they become memories.

For the next 45 years, Buddha travelled throughout northeast India to spread his message. During that period, he always encouraged his students to question his teachings and to relate them with their own life experiences to have a better understanding, as he once said “The mind is everything. You become what you think.” Finally, at the age of 80, before passing into Nirvana, Buddha called upon his disciples and spoke his last words. “I can die happily. I have not kept a single teaching hidden in a closed hand. Everything that is useful for you, I have already given. Be your own guiding light.”

In the celebration of Buddha Purnima on the 26th of May, the Shreevarma Family is paying their tribute to the great philosopher, religious teacher, meditator, and spiritual teacher, whose teachings have been inspiring lives to follow the path of nonviolence over the last 2500 years. Shreevarma, likewise, has been inspiring lives to switch to Ayurveda, and adapt a natural way of living towards Health, Happiness, and Harmony. For almost 20 years, the Shreevarma community has been healing people from all across the world.